What Are Alternative Fuels?

Home » What Are Alternative Fuels?
Previous Next

What Are Alternative Fuels? 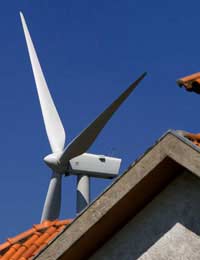 For most households fuel is one of the major expenses. Whether it’s for heating, lighting, cooking or transportation we all use fuel of some sort or another in our daily life. The increasing cost of the usual fuels, such as gas, electricity, nuclear and oil, combined with the environmental and long-term concerns about supply has meant that alternative options are being considered seriously.

So what are the alternatives?

If we look back in history – or around us in the countryside – we see evidence of our ancestors using what we now think of as alternative sources of energy. Windmills and water-wheels are to be found in most rural areas although usually only as a ruin or a tourist attraction. There’s less evidence to suggest that solar power was used very much.

Government and local authorities continue to investigate methods of harnessing the power of the sea. If you’ve ever watched waves crashing onto rocks you’ll have seen for yourself the energy that is expounded in every move; the difficulty is how to capture it – particularly without upsetting naturalists and environmentalists: the pros and cons are trickily balanced.

It is possible to use running water to drive a turbine to produce electricity adequate for domestic use. If you live near a fast-running stream or river you may be able to harness it provided:

The initial cost of installing a hydro-electric system is likely to be about £20,000. Maintenance is simple and they are usually reliable.

For every person in favour of large scale wind turbine development there will be another against. Those against speak of the despoliation of the countryside and mass bird murder; those in favour talk of the alternatives – potentially deadly nuclear for example.

Small household wind turbines, however, are a feasible alternative if your home meets certain requirements:

A domestic wind turbine can be roof-mounted or free-standing (usually more powerful). The large blades drive a turbine, which generates electricity.

The initial cost is of buying and installing a wind turbine is between £2,000 and £25,000 but as long as it is regularly maintained the turbine should last about 20 years. And once installed your electricity bills will be reduced considerably.

Solar panels, which can be mounted on roofs or walls, consist of two layers, which produce electricity when the sun shines on them.

Solar panels need to be:

The cost of installation will depend on the size and number of panels – which also controls the amount of electricity that can be produced. To buy panels and have them installed will cost on average £12,000. Properly maintained they should last 25 years, although efficiency slightly reduces with age.

If you’re thinking of a wind turbine, hydro-electrics or solar panels as an immediate money-saving device then you’re heading for disappointment. This is a long-term (25 years) investment. However at the time of writing (January 2011) the government is encouraging use of alternative energy and has a number of schemes to financially benefit those who invest in it. Check the government website on energy-saving to find out what the current options are.

But if your concern is for a greener environment, for a safer and healthier world for yourself and your children then alternative fuels are the way to go.